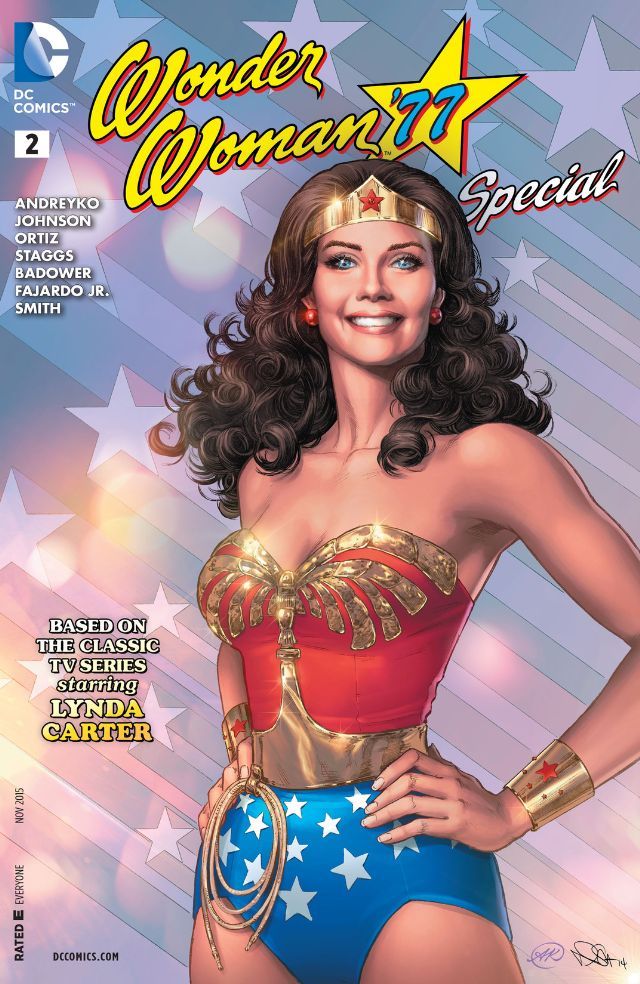 Wonder Woman ’77 (2015-) #2 A scientist who is intensely jealous of Wonder Woman becomes empowered by an ancient artifact, and Cheetah is born! A woman with the powers of both fire and ice seeks revenge against a corrupt politician. And, Halloween finds the princess up against an undead adversary.